Hydrogen in India is primarily used as an industrial feedstock in manufacturing ammonia-based fertilizers, petroleum refining processes and methanol. Although the current use cases are dominated within the refining and ammonia sectors, it is expected that additional demand would arise from other segments, including steel, cement, heavy mobility and the power sector. To develop a robust hydrogen economy, policymakers must understand the value chain of hydrogen – right from production to its diverse applications – including production technologies, storage, transport and distribution, infrastructure (pipelines, ports, refuelling stations), vehicular applications and electricity/gas grids. By 2030, India is expected to increase its hydrogen demand by several times across multiple sectors. Analyzing the current and emerging demand, the pace of transition to a green hydrogen-based economy will be based on two key parameters: the ease and the cost of adoption. The earliest adoption of green hydrogen is expected in refining, fertilizer production & chemical manufacturing – and in the coming decade, majority of the incremental hydrogen capacity addition could be driven by green hydrogen. Additionally, import substitution could drive large green hydrogen capacity addition (feeding into low carbon ammonia production) in sectors that import ammonia, primarily fertilizers. 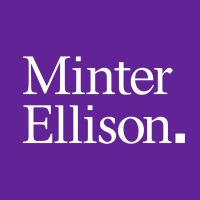 As the demand for critical minerals increases, the Indo Pacific region will need an additional supply chain to meet demand and minimise risks associated with being reliant on only one supplier of processed minerals. MinterEllison’s workshop series brought together experts from government, industry and research sectors across Australia, India, Japan, Korea and UK to explore the challenges and opportunities for cross regional partnerships and projects across the value chain of critical minerals supply chains. The Journey to Net Zero by LDES

This report assembles a holistic policy solution framework and set of options to catalyse the sector. This report explores three broad types of support, each with different intended outcomes: The study is focused on documenting the status quo of battery technologies used in electric vehicles, Indian and global battery standards, and policy frameworks in India vis-à-vis global counterparts.In addition to the external environment, battery value chain elements viz. battery manufacturing, battery swapping, battery disposal, recycling, and reuse are also studied in detail to understand the technological and policy landscape in India. Owing to the nascent nature of the value chain, outputs from primary interactions have been integrated into the study to provide the picture of on ground realities. IESA Membership provides your organization with a host of benefits:

Explore and pick from a range of IESA membership plans.