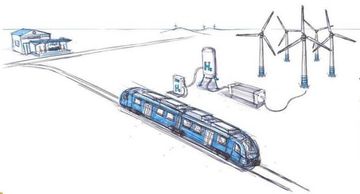 The MIGHT initiative is intended to explore opportunities for India to exploit the potential of green hydrogen technologies for green energy acceleration and the adoption of clean transport. We will also focus on the applications of hydrogen for industrial and agricultural applications beyond electricity generation. IESA will work to identify and removal of any barriers as well as work on building an innovation ecosystem for green hydrogen technologies.

Why Green Hydrogen in India?

To avert some of the worst effects of climate change and the problems of increasing carbon emissions scientists say that we should not capture global temperature increase within limits of 2 degrees annually. One tool that is gaining traction to achieve this objective is green hydrogen. The benefit of green hydrogen is that it is a safe burning molecule that lets us decarbonize a variety of industries such as telecommunications, stationary and transportation to name a few. Global momentum for 'green hydrogen' as a clean fuel and an energy storage option can be generated by the growth of renewable energy.

In its national roadmap, Korea made its desire to be a global FCEV passenger vehicle champion very evidently. Japan accepts its limited opportunities for clean energy and has made strategic commitments and investments and G2G contracts with Australia for importing green hydrogen. Currently, Europe leads in electrolyser and FCEV technologies, as well as demonstration stage projects and public funding projects.

India too is working to develop a green hydrogen economy to produce Hydrogen gas and power vehicles on the road and reduce dependency on oil. It further will help in reducing dependency on oil and fossil fuel imports as India accounted for nearly 8.7% of total emissions of the global greenhouse gas emissions in India in 2011 and the number is rising rapidly ever since.  Further, India’s energy-related carbon emissions are estimated to reach 31.9 Gt in 2020 and to limit to 21.7 Gt in 2035, as targeted in the Copenhagen Accord, measures need to be undertaken and a transition to clean energy transition to a Hydrogen Economy. One of the major initiatives for the clean energy sector that the Government of India announced was the plan to launch a National Hydrogen Mission. There will be five primary areas in which the government will concentrate. This include R&D, market development, how it can be used in business, how to build an eco-system, including policies for this, and how to get industry and foreign collaborations on board.

Delhi became the first city in India to operate buses with hydrogen-enriched CNG (HCNG). Several companies are working towards operating more hydrogen-run buses in the country while some are at the piloting stages. IROAF (Indian Railways Organization for Alternate Fuels) has invited bids to develop a hydrogen fuel cell-based hybrid power train in Kalka- Shimla section.

Which Sectors can contribute to the Hydrogen Ecosystem?