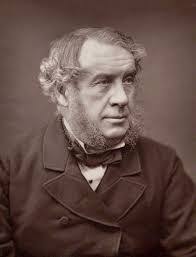 
William Robert Grove, British physicist and a justice of Britain’s High Court (from 1880), who built the first fuel cell in 1842 and first offered proof of the thermal dissociation of atoms within a molecule.

Grove was educated by private tutors and then at Brasenose College, Oxford, and also studied law at Lincoln’s Inn and was called to the bar in 1835. Ill health interrupted his law career, and he turned to science. In 1839 he developed the two-fluid electric cell, known as the Grove battery, consisting of amalgamated zinc in dilute sulfuric acid and a platinum cathode in concentrated nitric acid, the liquids being separated by a porous container. At the London Institution, where he was professor of experimental philosophy (1840–47), he used his platinum-zinc batteries to produce electric light for one of his lectures. In 1842 he developed the “gas battery,” the first fuel cell, in which the formation of water from hydrogen and oxygen gas generated an electric current.