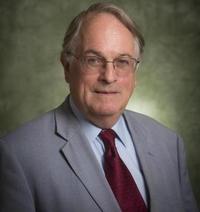 Michael Stanley Whittingham (born 1941) is a British-American chemist. He is currently a professor of chemistry and director of both the Institute for Materials Research and the Materials Science and Engineering program at Binghamton University, part of the State University of New York. He was awarded the Nobel Prize in Chemistry in 2019. Whittingham is a key figure in the history of the development of lithium batteries. He discovered the intercalation electrodes in the 1970s for the first time and thoroughly described the concept of intercalation reaction for rechargeable batteries in the late 1970s. He holds the original patents on the concept of the use of intercalation chemistry in high-power density, highly reversible lithium batteries. Therefore, he is called the Founding Father of rechargeable lithium batteries.